What is fecal calprotectin (fcal)?

Calprotectin is a protein complex found in white blood cells (most commonly neutrophils) that has antimicrobial properties.  It is normally released by the cells as part of the body’s inflammatory response. People with IBD have inflammation in the intestine, so calprotectin is released into the gastrointestinal tract when there is active inflammation.

What is fecal calprotectin (fcal) testing?

The great thing about calprotectin is that we can measure it in the stool, and use it as a non-invasive measure of disease activity along with symptoms and blood tests.  When IBD is under good control, very little calprotectin is released, but when the disease is active more calprotectin is generated. We can, therefore, use it to measure how well a treatment is working.

Your IBD care team will order a fcal test for a few reasons including differentiating IBD from irritable bowel syndrome (IBS), monitoring disease activity, monitoring response to treatment, determining whether your bowel has healed and predicting relapse.  I think the most important role for fcal is in monitoring how well a treatment is working in a relatively easy, non-invasive way.  Sometimes, even when a person with IBD feels well, there will be some intestinal inflammation present, as symptoms don’t always tell us the whole story, especially in people with Crohn’s disease.

We can measure fecal calprotectin at the start of a new therapy and then continue periodically to try and demonstrate whether the therapy is working. Periodic testing might help avoid frequent colonoscopies, which aren’t the most fun tests to undertake!  If things are going well, we should see an overall decrease in the fcal over time. It is therefore important to perform this test when your doctor or nurse asks, as it can give us insightful information regarding how well your IBD is controlled, which might even prevent a flare!

How is the fecal calprotectin (fcal) test performed?

Historically we have been able to perform fcal testing through a hospital or local lab, where a stool sample is collected and either brought or sent to the lab by the patient for processing, with the results then forwarded to the physician. If the sample is sent to a lab for processing, we expect a result in a week or so. 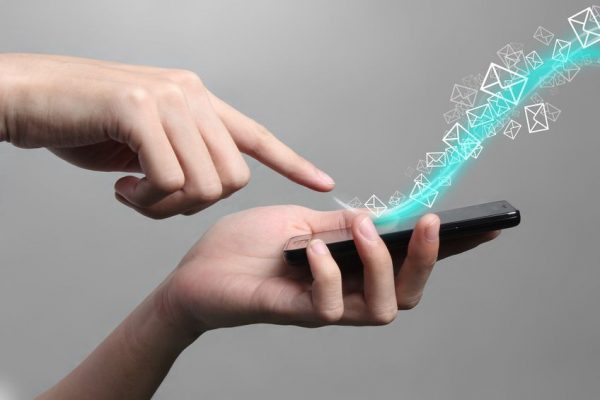 These tests have sometimes been unavailable in some parts of the country, but availability is increasing. However, depending on where you live, neither private nor public insurance will cover this test – and it costs $200!

More recently, a home kit known as IBDoc is available, and the test can be performed from home and uploaded by a smartphone app (iOS or Android) to your physician. This involves taking a stool sample, placing it in the IBDoc kit, and using your phone’s camera (through the app) to take a photo of the cassette.

You then immediately get a result, which is then automatically and securely uploaded to your IBD care team.

What do the fecal calprotectin (fcal) test results tell you?

As fcal is essentially a way of measuring the amount of white blood cells in the intestine, it can be used as a test to tell us how much inflammation is present.

If IBD is in remission, there should be minimal inflammation in the intestine, and so the calprotectin will be low. In this case, we can usually be confident our treatment plan is working. If IBD is active and there is inflammation present, the calprotectin will be elevated. We can, therefore, use it as a way to know if there is active inflammation, prompting us to re-evaluate things and potentially adjust our treatment plan.  These adjustments could be as simple as changing the dose or frequency of medication or could involve recommending an entirely new treatment, so it is always important to discuss any potential changes with your IBD physician.

Calprotectin is not a perfect test, but for most patients, it provides valuable information about disease activity in addition to other tests that the IBD physician would order. In scientific terms, research has shown that it is much more sensitive than specific. Meaning, if the test is normal, it’s doubtful that there is inflammation present in your bowel. However, about 20-25% of fcal tests might be positive even when there is no inflammation in your bowel. So, we don’t panic when we get a positive test – we look at it together with all the other information we gather from patients and their lab work. Also, the utility of fcal is different for different people. It depends somewhat on what type of IBD a person has and where the inflammation is in the intestine, so it is important to discuss the role of fcal with your IBD physician.

How does this help me, the patient?

I think the most important way calprotectin helps patients is assisting in recognizing intestinal inflammation early. This can help us make changes to treatment before the development of significant symptoms, and to ensure we are maintaining good control of the disease over time.

Calprotectin is another tool in our ever-increasing arsenal to help us keep on top of inflammation in IBD. It gives us early information about disease activity without invasive testing, which together provides us with the ability to make changes to hopefully prevent relapses and improve quality of life.

To read more articles on pediatric Crohn’s and UC, visit the latest edition of our magazine, You, Me and IBD.

To learn more about inflammation, read our article on Monitoring Inflammation in IBD

Dr Nicholas Carman contributed to the content and review of this article for accuracy and balance. We thank Dr. Carman for his time and contribution to our magazine.

Dr Carman, Bsc, MBBS, FRACP, is a Pediatric Gastroenterologist (GI) in the IBD program at the CHEO IBD Centre, is Director of Advanced Diagnostics and Therapeutics and Assistant Professor of Pediatrics at the University of Ottawa.